The fifth letter, to Sardis, is the most negative of the seven letters to the churches of Asia Minor. The church in Sardis appears to be even further down the road of compromise than those at Pergamum and Thyatira. There is no mention of any persecution – or threat of persecution. And this leads most commentators to think that complacency is the issue. They’re so similar to the surrounding culture; they have compromised so much – that there is no difference between the church and the world. It’s a dead church, that needs to wake up before it’s too late.

3:1 “To the angel of the church in Sardis write: These are the words of him who holds the seven spirits of God and the seven stars. I know your deeds; you have a reputation of being alive, but you are dead.

This comes under the category of “convenient geographic illustration.” (There are a few of them in these letters, especially Laodicea, as we’ll see next week). Sardis was in a valley, with its acropolis on one hill (a lively, bustling place) and its necropolis on the other (i.e. the cemetery). You can almost imagine Jesus pointing as he dictates the letter: you have a reputation of being alive (cue subtle point towards the acropolis) but you’re really dead (cemetery’s that way, folks).

And the word translated “reputation” is simply the word “name.” (As in, “you have a name for being alive…”) Remember that for later in the letter.

3:2 Wake up! Strengthen what remains and is about to die, for I have found your deeds unfinished in the sight of my God.

Wake up! This phrase is often used about being watchful and alert because, post-Jesus, we’re now in the end times (e.g. Mark 13:34-37).  Time is short, so pay attention! You’re on spiritual life support, and I’m about to pull the plug (or remove the lampstand, if you want to be pedantic.)

3:3a Remember, therefore, what you have received and heard; hold it fast, and repent.

The message is simple: repent. Do what you know you should do.

3:3b But if you do not wake up, I will come like a thief, and you will not know at what time I will come to you.

The image of a thief coming unexpectedly in the night was a common one in the ancient world. It was used by Jesus (e.g. Matt 24:42-44), Paul (1 Thess 5:2-4), and Peter (2 Pet 3:10) to describe the unexpectedness of Jesus’ return. Just as you don’t get a warning about a thief coming so you can get your security system in order, so you won’t get a warning when Jesus comes. (Actually here, it may not be Jesus’ “second coming” he’s referring to here. Jesus turns up quite a lot in a more low-key fashion – whether it be in judgement on unfaithful Jerusalem in AD70 at the hands of Rome, or to remove a church’s lampstand.)

2:4 Yet you have a few people in Sardis who have not soiled their clothes. They will walk with me, dressed in white, for they are worthy.

But here’s the positive stuff: there is a faithful remnant who haven’t dirtied themselves, metaphorically speaking.

2:5a The one who is victorious will, like them, be dressed in white.

The promise to the one who conquers is likewise “white clothes.” I hate to disappoint you, but this doesn’t mean we get to be a 90s boy band: 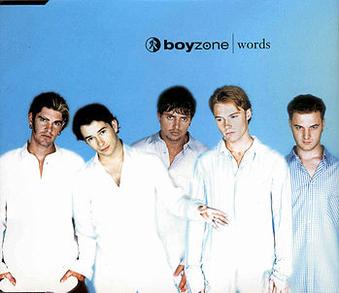 The white clothes may refer to resurrection bodies, as is sometimes the case in Revelation.  At any rate, white symbolises what’s required to be in God’s presence – holiness.

2:5b I will never blot out the name of that person from the book of life, but will acknowledge that name before my Father and his angels.

Although they had a “name” for being dead (v1), those who conquer won’t get their “name” blotted out of the book of life. They might be marginalised and persecuted by earthly courts of opinion for what they do, but they will be acknowledged in the eyes of the heavenly court. This echoes Jesus’ words in Matthew:

Matt 10:32 Whoever acknowledges me before others, I will also acknowledge before my Father in heaven.

So again, listen up:

2:6 Whoever has ears, let them hear what the Spirit says to the churches.

What might it look like, in our context, to have a “name” for being alive (as a church), but in reality be dead?