Last week (Revelation 13), we identified the beast as the Roman emperor, and the cult of worship that surrounded him – the “mark” of the beast. To set up a human (or society in general) as a god to be worshipped robs God of his rightful place at the centre of his creation. Believers are called to resist the temptation to go along with what the rest of the world “worships”, and instead remain faithful to the one true God. This week, we’re looking at the question we finished with last week: how do we do this?

The next two chapters (Revelation 14-15) provide us with the motivation to resist the mark of the beast and remain faithful to God. And they do so by appealing to the four cardinal virtues of the Graeco-Roman world: prudence, justice, fortitude, and temperance. Or we might like to rephrase them in more user-friendly terms: doing what is beneficial (i.e to our advantage), doing what is right, being courageous, and being self-controlled. These were the four ways in which ancient orators would seek to persuade their audience to follow their advice.

But it’s not just in the ancient world. The advertising industry does this all the time.

Beneficial: doing what is to your advantage 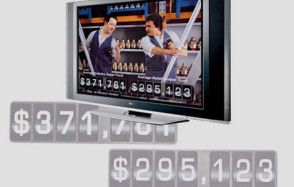 Just like the ancient orators, advertisers often put before us two outcomes – comparing the advantage of using their product with the disadvantage of not using it. This can take the form of the before-and-after photos from weight-loss programmes (which picture would you prefer to be?). Or the long-running superannuation campaign (right) that put two people side-by-side and showed their retirement savings if they used an industry super fund, or a regular one. Or the powerful quit smoking ads that show the long-term disadvantage of smoking, in graphic detail, with the messag: “quitting is hard; not quitting is harder.”

Justice: doing what is right 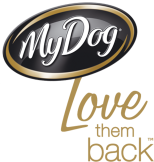 Sometimes the product is sold as being the “right thing to do.” One of the most enduring was the My Dog campaign, which sought to show all of the things our dogs do for us – so the only right response is to buy them a premium dog food, sold using the slogan, “My Dog – love them back.” (A particularly emotive airport-targeted campaign in New Zealand showed pets faithfully waiting by the window for their owners’ return from a long trip, and encouraged the owners to buy them My Dog at special airport stalls: “Remember the one who missed you most.”) 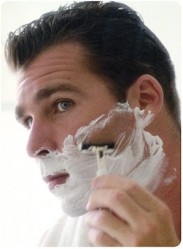 It’s a little harder to appeal to courage in advertising. Often it has to manufacture it. After all, what’s inherently courageous about buying something? So we end up with those Gillette ads from a few years back. I think they’d added another blade and a coat of titanium or something. After showing a few extreme close ups of the horrifying spectacle of a guy’s facial hair being obliterated by the four razors of the apocalypse – with death following close behind – the voice-over guy challenged us: ‘Are you ready for a closer shave?’

Some are a little more realistic: again the quit smoking lobby harnesses its power with the Nicorette ads – you can beat the cigarette. They acknowledge that it’s going to be a fight; a struggle. But with courage and the help of some pleasant tasting gum, you can overcome!

Temperance: being self-controlled and mature

OK, so with the possible exception of the Nicorette ad I just mentioned, it’s a little hard to find ads that appeal to self-control and maturity, since that normally goes against what advertisers are trying to do. But you get the idea. Nothing much has changed about the way in which we’re persuaded to do things. You could almost imagine the advertising pitches made for Revelation’s anti-emperor worship campaign:

If you read Revelation 14-15, you’ll see that this isn’t far from what’s going on. Over the next three days we’ll work our way through the text, noticing the appeals to the four cardinal virtues. Have a big-picture read of those chapters now and make your own notes, ready for tomorrow.