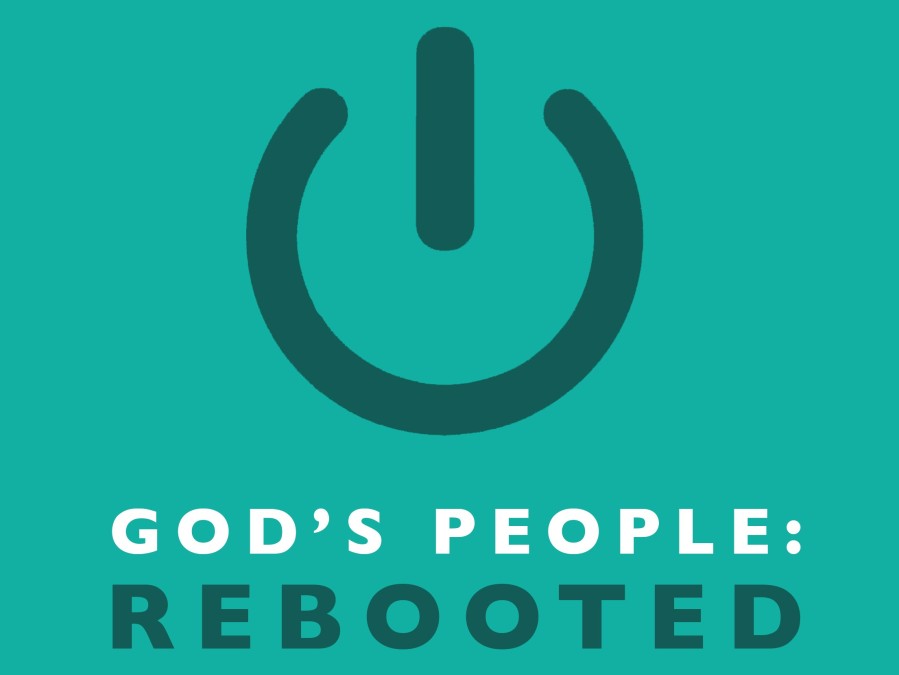 This is week four of a series in Ezekiel 33-37, about God’s promised reboot of his people. If you’ve just joined, you can either go to the start of the series, or simply begin the new chapter with us starting today.

In April this year, I was with my mother when she took her last breath. They’d been difficult, hard-fought breaths as her 18-month battle with cancer came to an end. And suddenly, there were none. Her body no longer had the breath of life in it.

At moments like those, the promise of new life for God’s people takes on supreme importance. We want to know what it really means. Beyond the big haired, big-smiled sales pitch that offers Jesus as the path to “your best life now.” Beyond the glib assurances that “she’s in a better place.” What does this new life we talk about mean, right now, when it matters most?

Have I got your attention? In this ancient book of Ezekiel we’ve been looking at for the past few weeks, the stories of God’s people can sometimes seem so remote, so far removed from our experience. And yet, here in chapter 37, we’re confronted with something that’s common to all of us: death. The death of those close to us, as well as the prospect of our own death. For all the centuries that separate us, we’re united in the fact that at some point, we all die.

Back at the start of the series, we saw how God’s people were in a bad way. Trapped in sin and idolatry, deserving of death, and unable to reboot themselves. So what does God do? He rolls up his sleeves and says, “it looks like I’ll have to do this myself.” He himself promises to become their new leader: the Good Shepherd in place of the bad. Last week, we saw him promise a transplant operation: in place of their old, hardened heart he’d give them a new one; God’s Spirit living in them, enabling them to live the way God intended.

But still. That might deal with the sin problem. But what about death? God’s new people might have a new leader and a new heart—but what’s the good of that, in the end, if they’re still going to die?

That’s why this week’s chapter of Ezekiel is most important. It’s the 6th century BC. Israel’s in exile in Babylon. And the word of God has come to a priest called Ezekiel, living among the exiles near the Kebar River.

The valley of dry bones

Ezekiel 37:1-3a The hand of the Lord was on me, and he brought me out by the Spirit of the Lord and set me in the middle of a valley; it was full of bones. He led me back and forth among them, and I saw a great many bones on the floor of the valley, bones that were very dry. He asked me, “Son of man, can these bones live?”

Throughout the book, God has addressed Ezekiel as “son of man.” As a representative of God’s people. As always, remember that bit for later.

Anyway, God asks him whether the dry bones he’d been shown can live. Now, of course they can’t—except Ezekiel’s seen enough weird stuff by now not to fall into that trap. He replies:

So God gets Ezekiel involved in this little vision:

So last week, if you remember, he was supposed to prophesy to some mountains. This week it’s skeletons. If God’s his agent, he’s not booking Ezekiel the best venues, is he? I mean, at least Jonah got to do a cruise ship.

But when we’re talking about prophecy, it’s not just about predicting the future. He’s not doing fortune telling for bones: This week you’ll fall in love with someone humerus… Just count his ribs, to make sure he’s not already taken…

Prophecy can also refer to speaking as a means of making something happen. And that’s what’s going on here:

Ezekiel 37:4-6 “Prophesy to these bones and say to them, ‘Dry bones, hear the word of the Lord! This is what the Sovereign Lord says to these bones: I will make breath enter you, and you will come to life. I will attach tendons to you and make flesh come upon you and cover you with skin; I will put breath in you, and you will come to life. Then you will know that I am the Lord. ’”

So Ezekiel does what he’s told, and the bones do what they’re told:

Ezekiel 37:7-8 So I prophesied as I was commanded. And as I was prophesying, there was a noise, a rattling sound, and the bones came together, bone to bone. I looked, and tendons and flesh appeared on them and skin covered them, but there was no breath in them.

So we’ve got some zombie bodies, but still—flatline. No life. No breath.

And Ezekiel’s like, seriously, can this get any weirder? You want me to…? OK then…

Ezekiel 37:9-10 “Prophesy to the breath; prophesy, son of man, and say to it, ‘This is what the Sovereign Lord says: Come, breath, from the four winds and breathe into these slain, that they may live.’” So I prophesied as he commanded me, and breath entered them; they came to life and stood up on their feet—a vast army.

Freaky weird, right? And what does it all mean? God doesn’t leave Ezekiel in suspense for long:

Ezekiel 37:11 Then he said to me: “Son of man, these bones are the people of Israel. They say, ‘Our bones are dried up and our hope is gone; we are cut off.’”

So—in keeping with the theme of this series—God says he’ll do it himself.

God is the one who reboots his people. And did you notice how he follows the same boot procedure as he did the first time? Look back at Genesis chapter 2:

Genesis 2:7a Then the Lord God formed a man from the dust of the ground…

A little clay human figure. Flesh and bones. But still missing something. No life. No breath. Like a hard drive with no operating system. So what did God do?

Genesis 2:7b He breathed into his nostrils the breath of life, and the man became a living being.

Both times it’s a two stage boot: start it up, then load the code. Forming their bodies, then breathing his spirit into them to make them alive. Both times it’s clear that a special act of God is needed to make the humans spiritually alive. God is the one who gives life.

Now in Ezekiel there may be another significance to the two stages. Maybe the prophetic ministry of Ezekiel—the words of God he’s spoken to them—has put flesh back on the people’s bones. They’re no longer dead; God’s restored them to a point. They’re now un-dead. But they’re not yet alive.

Or maybe it’s got significance for later readers of Ezekiel. Back in the land after 70 years. There’s flesh on those bones, but they’re still waiting for the breath of God to make them truly alive.

Either way, they’re waiting for God to act. They’re waiting—like a zombie army—for that promised new life. When does that happen? And how?

What does it mean for you to have the promise of new life?